I arrived at the ZLAC Rowing Club in Pacific Beach for Steve and Akiko’s wedding and noticed a significant difference from last week when I was there: the temperature. It was much hotter than it was last week, but with Steve and Akiko having an outdoor beach ceremony I’m sure a warm sunny day is exactly what they wanted. I was greeted by coordinator Dawn Eastman of A Blissful Event and her assistant and set up the ceremony system out on the beach. I also met the harpist Lori Andrews who had an amazing personality and sense of humor and even more amazing talent on the harp. I also met the photographer Joshua Walker with Joshua Walker Photography. Once the ceremony began, Lori began playing and the bridal processional started. Akiko was escorted by both her mother and father and looked gorgeous in her dress and matching flower in her hair. Once she arrived at the alter, Steve bowed to both of her parents in the traditional Japanese custom and took the hand of his bride.

The Rabbi began the ceremony by honoring Steve’s Jewish heritage and Akiko’s Japanese heritage. She did an amazing job of capturing both of their heritage as well as telling the story of how they met. 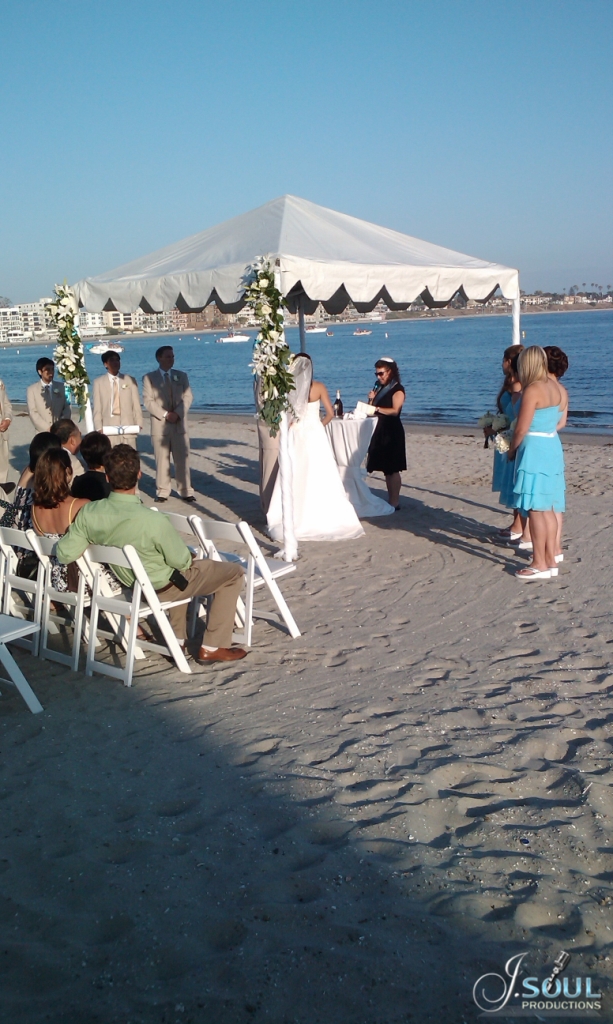 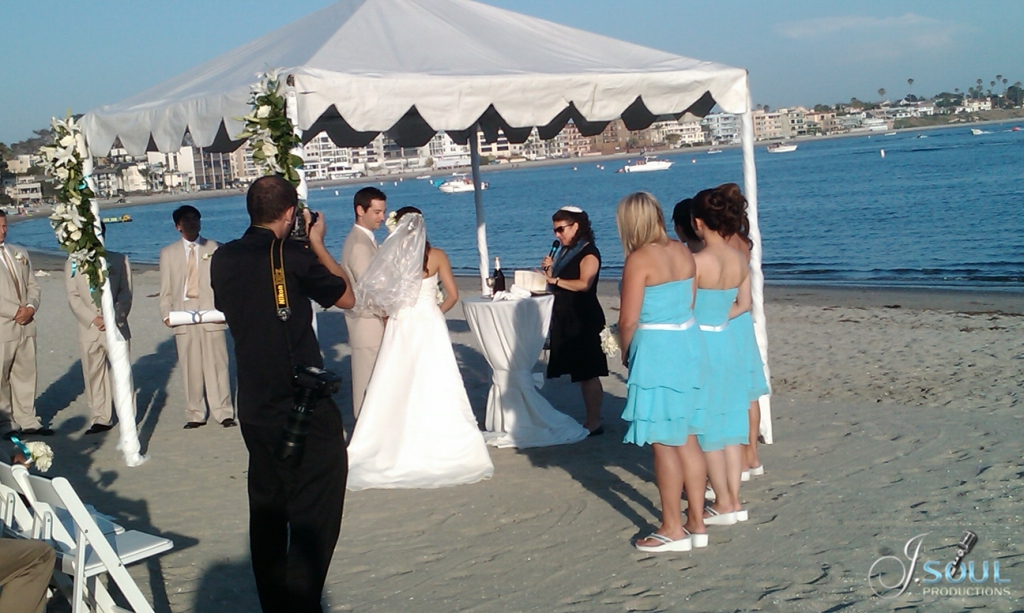 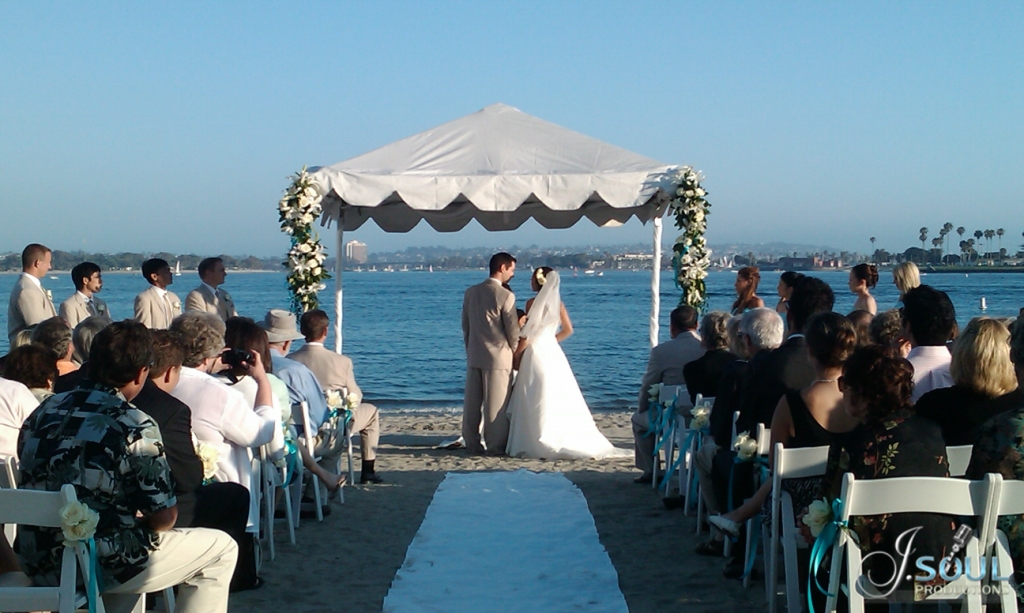 During the ceremony, I took a moment to walk over to the cocktail hour area to snap some photos of the lovely decor. The chair covers were provided by Michelle at A Chair Affair and the flower centerpieces were provided by Karen with Karen’s Floral Artistry. 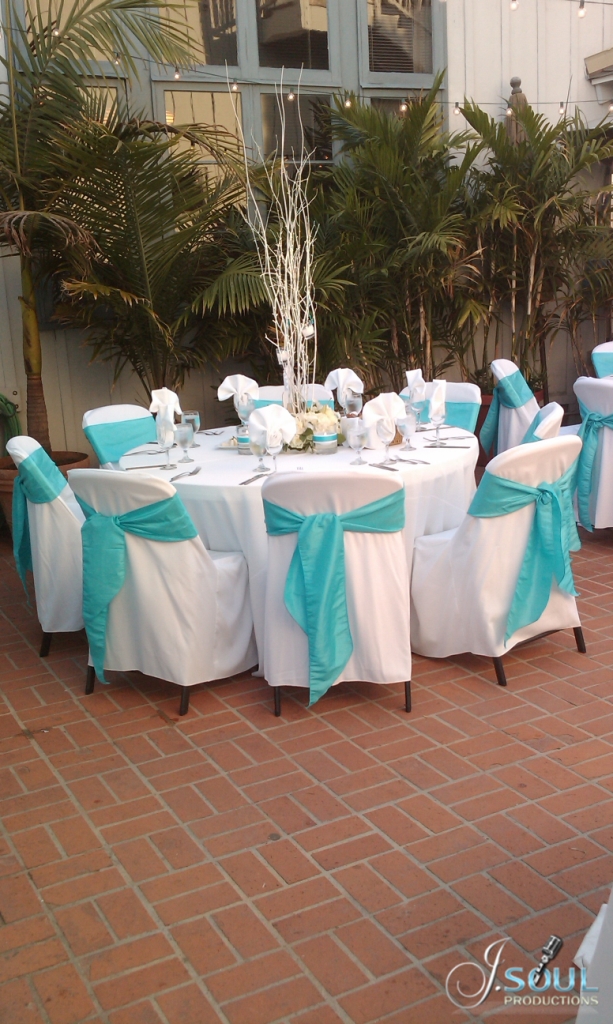 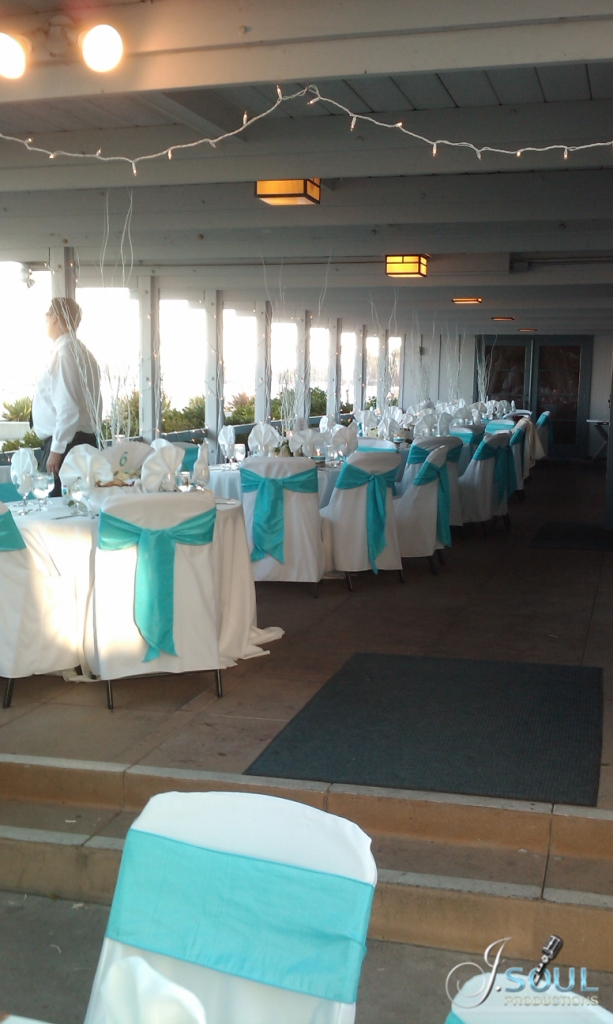 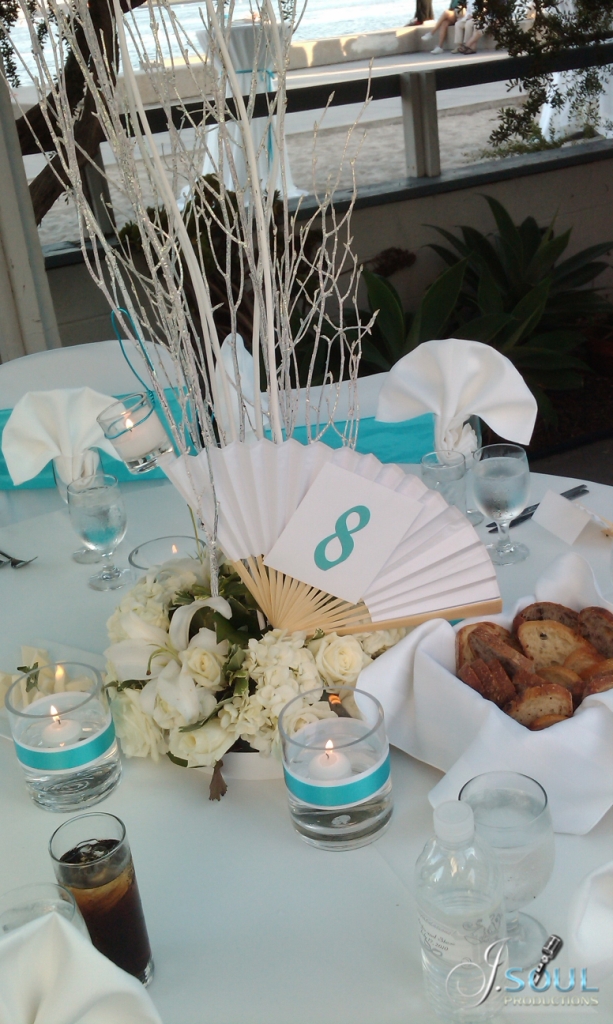 Since the toasts were going to be done during cocktail hour, the bride and groom decided on having a sakÃ© toast… 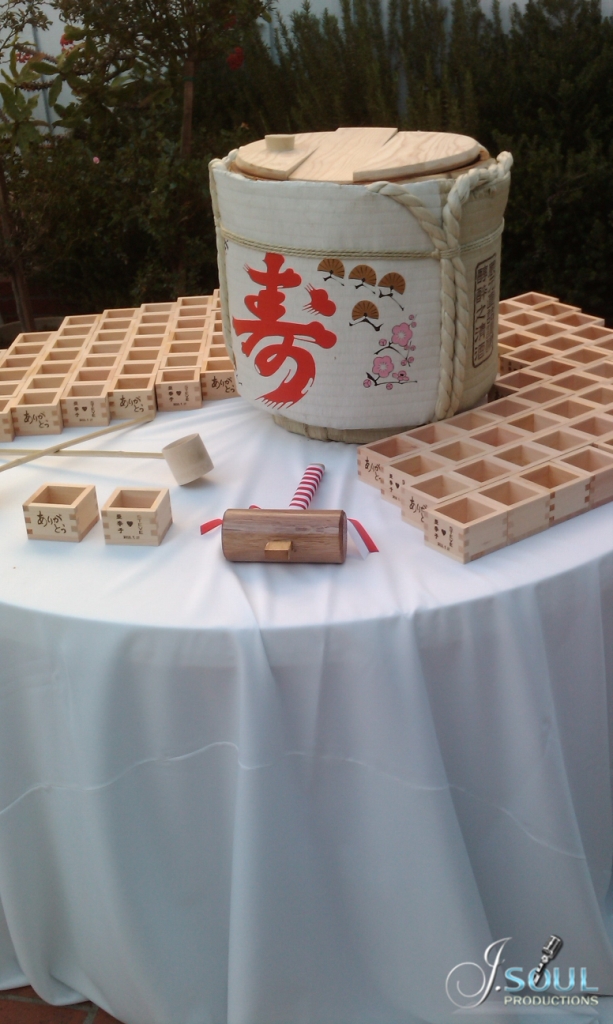 Once the ceremony concluded, the guests moved onto the patio for toasts and then made their way inside for a delicious dinner provided by John Baylin of JB Catering. After dinner, Steve and Akiko shared their first dance as husband and wife to “Better Together” by Jack Johnson. Then it was time for cake cutting and I directed the guests to move to the back of the room where the cupcake tower was waiting, also provided by John Baylin of JB Catering. The song I chose for their cake cutting was “Let It Be Me” by Ray LaMontagne.

And then I officially opened the dance floor with “Hava Nagila” as requested by Steve. Once he was put in the chair and lifted up by three or four of the guests, I’m sure he was regretting that request because the poor guy looked terrified!

Although I didn’t have much time to play dance music, I tried to fit in as many requests as possible. Beyonce, Black Eyed Peas, Bee Gees, ACDC, Bon Jovi and more were all represented and kept the dance floor packed. I even got in a few requests from Akiko and her bridesmaids from the UK Charts from 2002-2003 from when they were in school there. I ended the night with a special request made earlier in the day by Steve’s father who wanted me to play “Billionaire” by Travie McCoy featuring Bruno Mars. It was such an unexpected but awesome request, I decided to end the night with it and it ended the night on a high note.

I had an amazing time being back at the ZLAC Rowing Club for the second week in a row and it was an absolute breeze working with Dawn Eastman as usual. I am so thankful that Steve and Akiko let me be a part of their very special day and I wish them the best in everything that life has to offer them. Congratulations, Steve & Akiko! 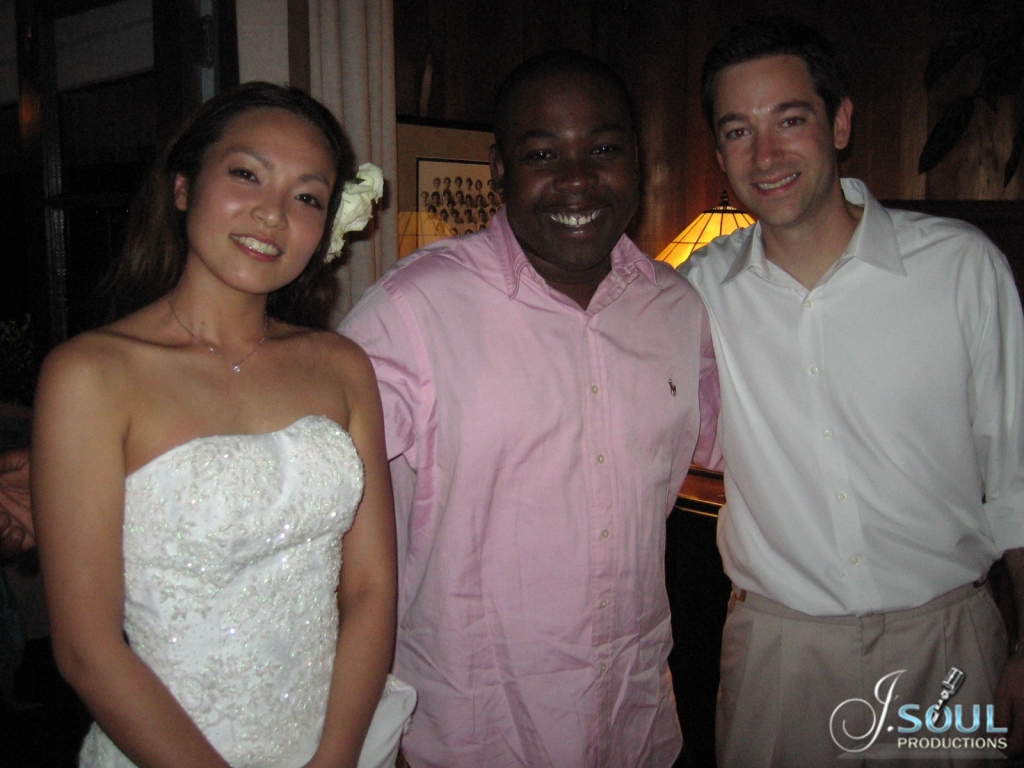