Julie Omens and Jeff Strang couldn’t have picked a more perfect day and location to have their wedding than this past Saturday night at Casa Romantica in San Clemente. When I met with the couple a few months back at Casa Romantica, I was blown away by the amazing vintage architecture of the venue. But none of that prepared me for the mind-blowing ocean view right off the back patio overlooking the pier and downtown San Clemente… 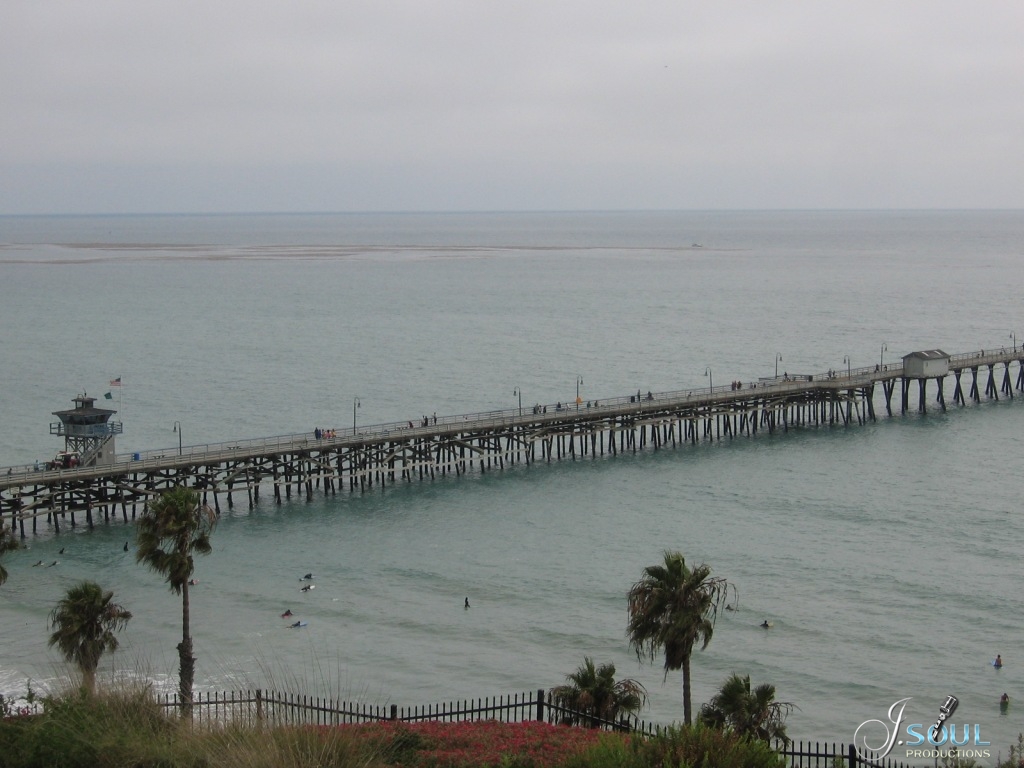 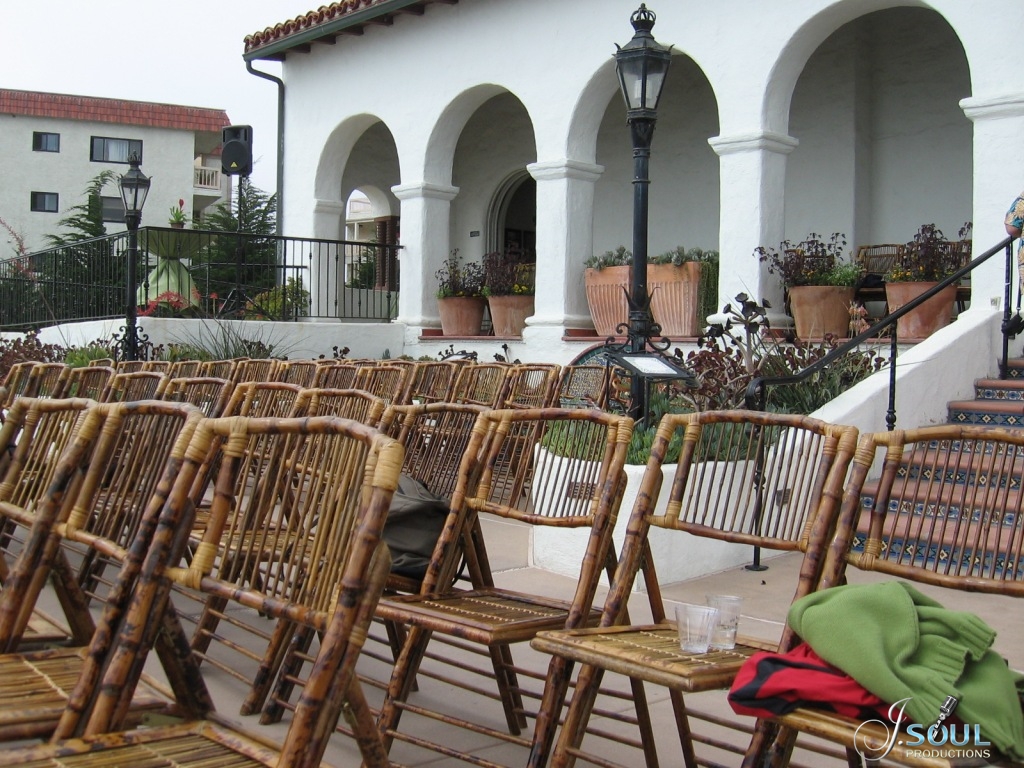 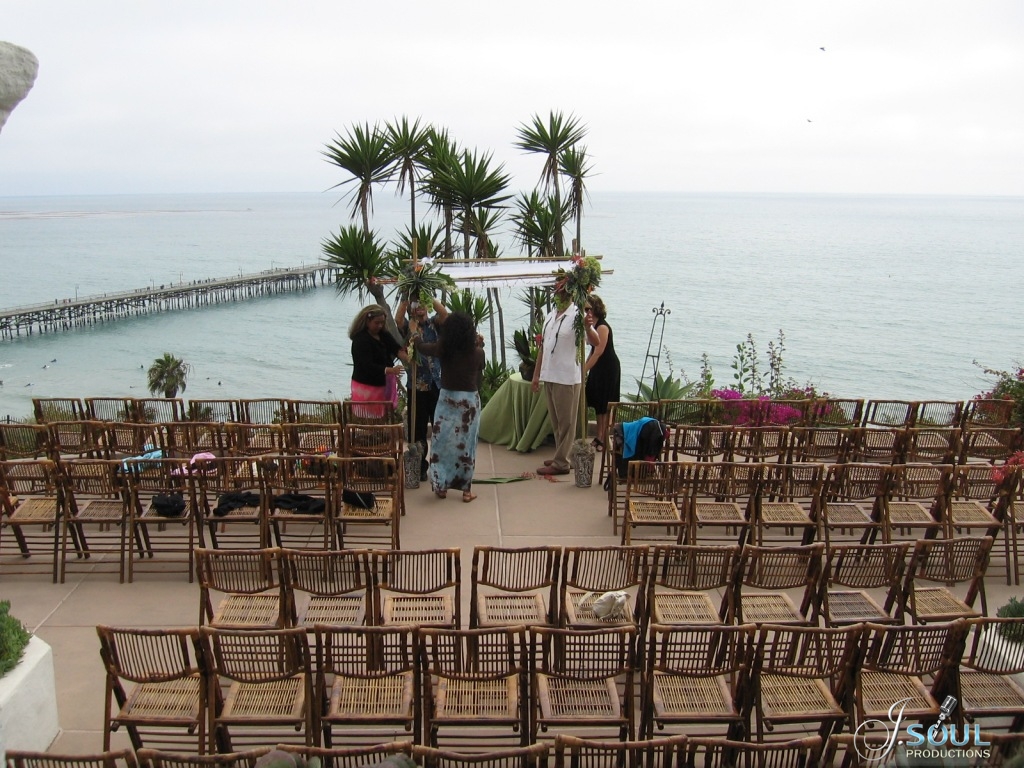 The ceremony began with a cocktail hour and as guests arrived, they were greeted by Best Man Lawrence Hart (who Jeff is good friends with, not the other way around) who was helping to show guests where to park. Once the final guests had arrived, Lawrence went inside and took his place as the ceremony began. Jeff and Julie insisted on me wearing a Hawaiian-styled shirt just as the rest of their guests were, and the men even wore Hawaiian-print kippah’s to fit their Hawaiian wedding theme. Once the bridal party and the parents walked down the stairs, it was Jeff’s turn followed by his lovely soon-to-be wife Julie. She looked amazing in a multi-colored back-less Hawaiian-styled dress and the look in Jeff’s eyes as she made her way towards him echoed that sentiment. The cantor played and sang as she descended down the stairs to stand underneath the chupah next to Jeff. 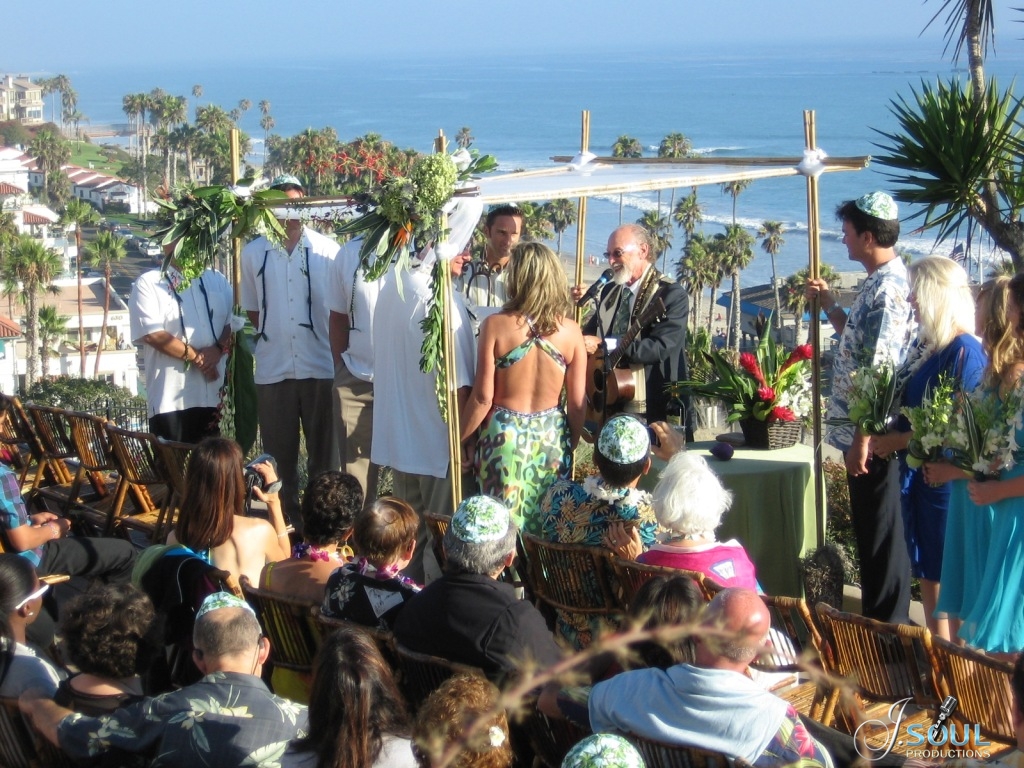 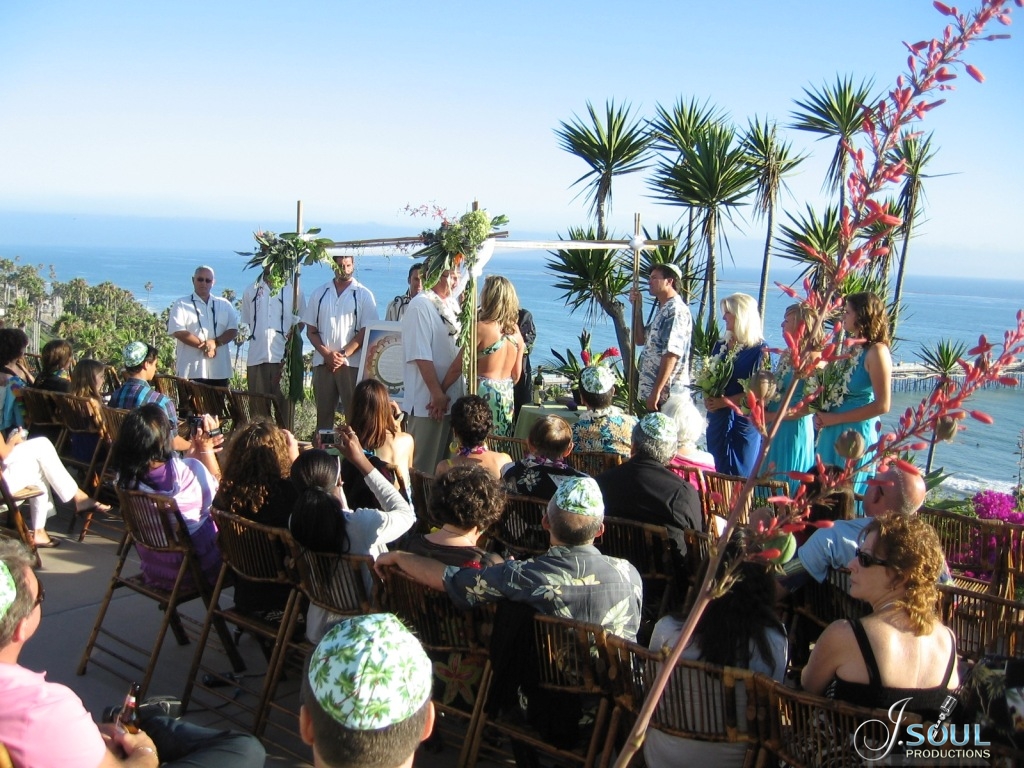 The ceremony was filled with laughs, songs, inspirational words all to the soundtrack ofÂ  waves crashing in the background and a cool ocean breeze blowing. The cantor then recited the Sheva Brachot and Jeff broke the glass with his foot, followed by the guests yelling out “Mazel Tov!” Jeff was then allowed to kiss his lovely bride and they walked back down the aisle to applause and cheers from family and friends.

The guests then made their way inside to the living room area of Casa Romantica and Lawrence was called up to give the first toast, followed by Maid of Honor Carol Burch. Jeff and Julie then took the mic and thanked their guests for coming before welcoming up the Ukulele player who sang the bride and groom a Hawaiian love song. Everyone was then invited out to the courtyard for dinner… 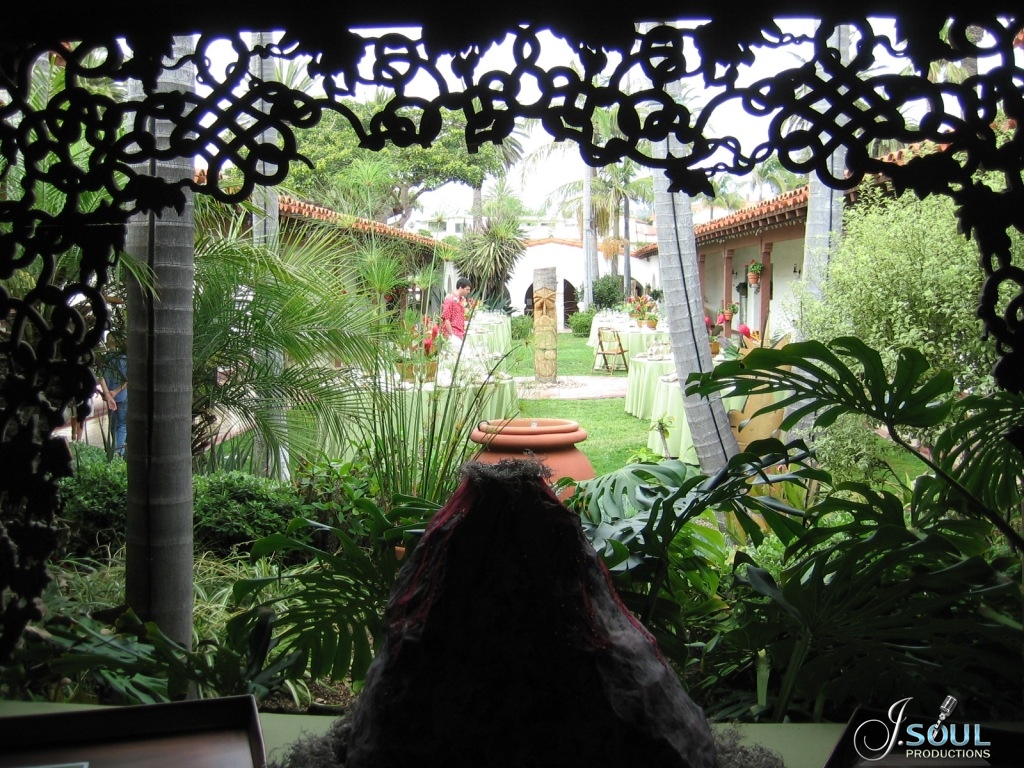 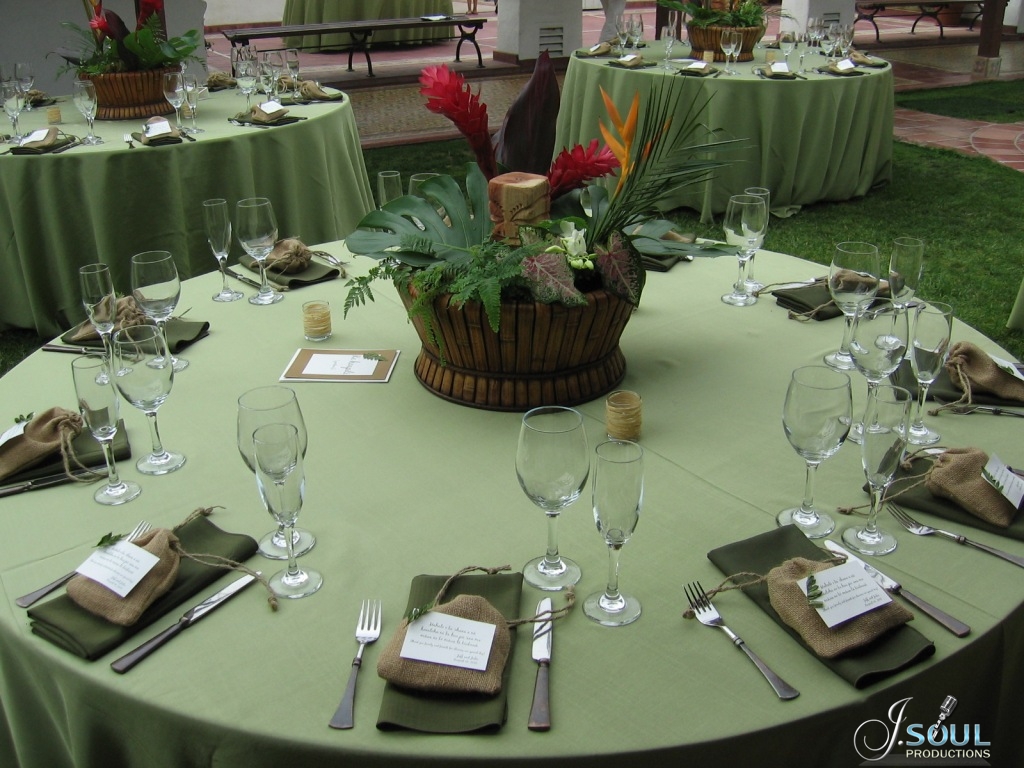 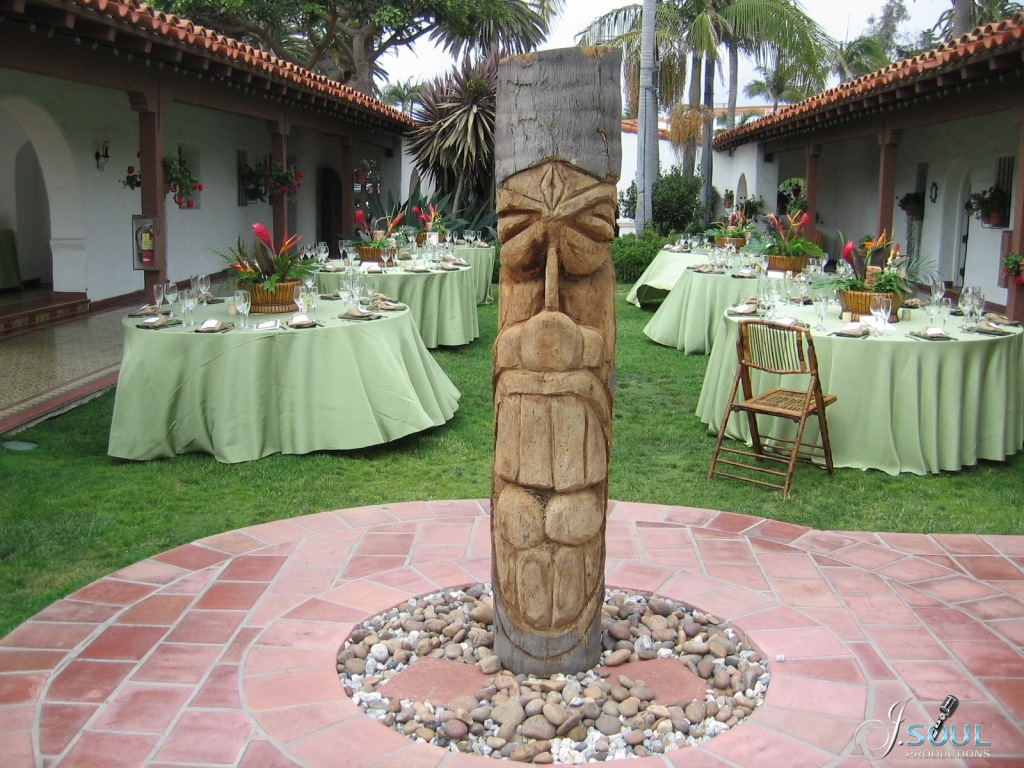 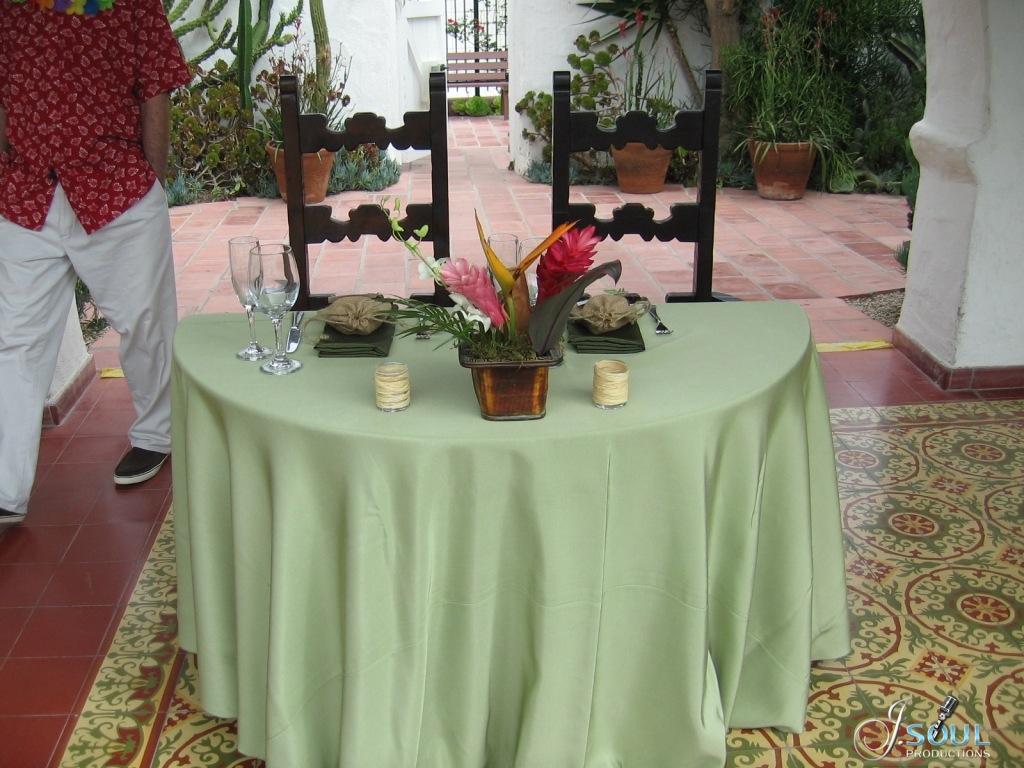 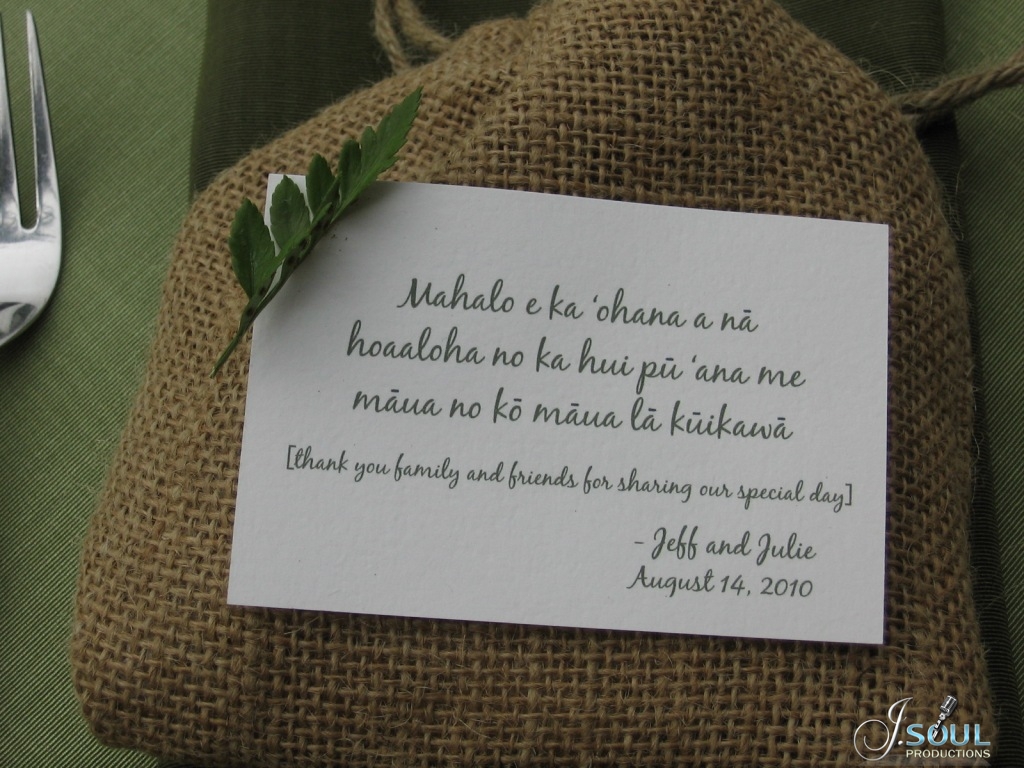 After dinner, the guests were escorted out to the amphitheater where they were treated to a performance by traditional Polynesian dancers… 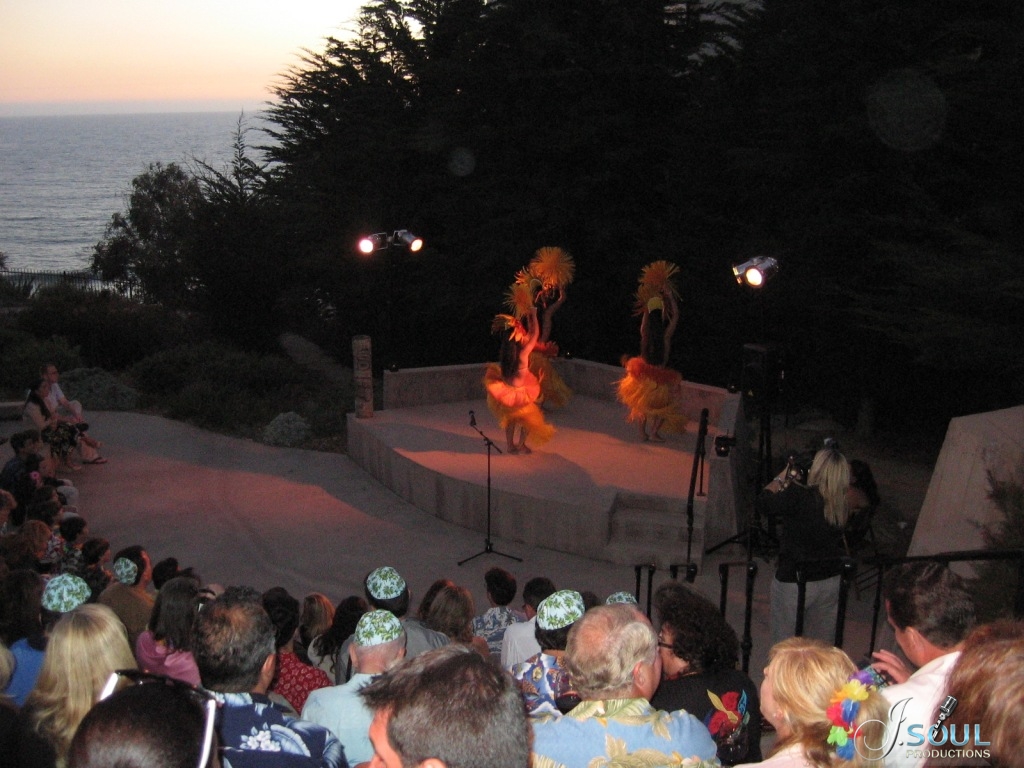 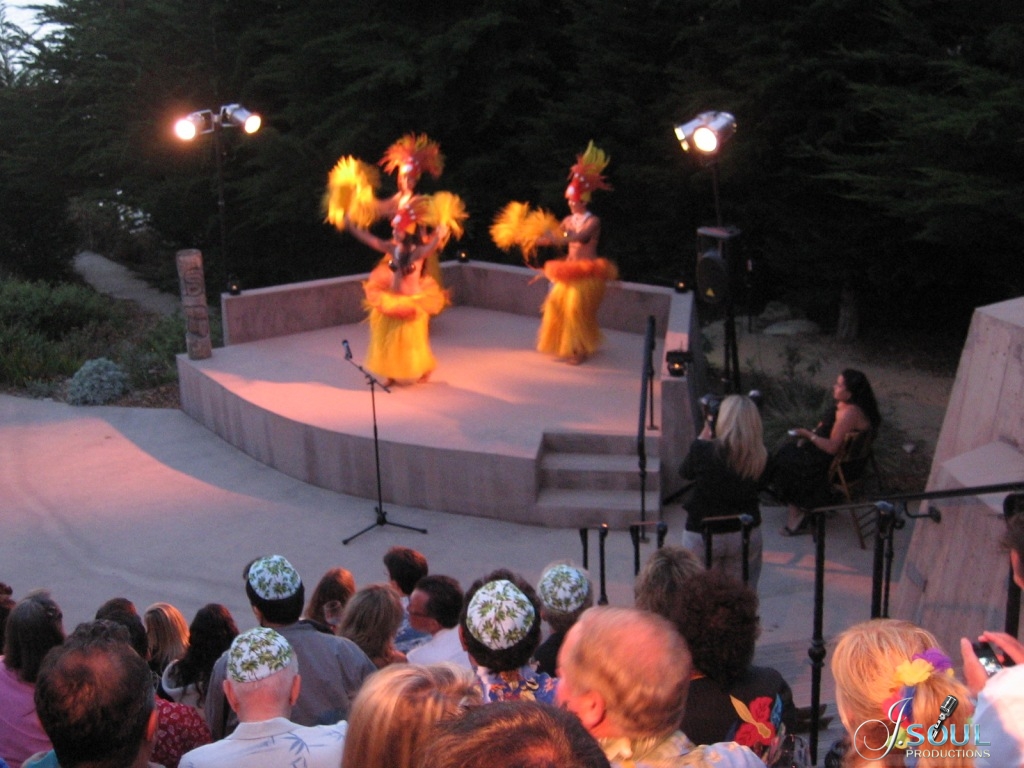 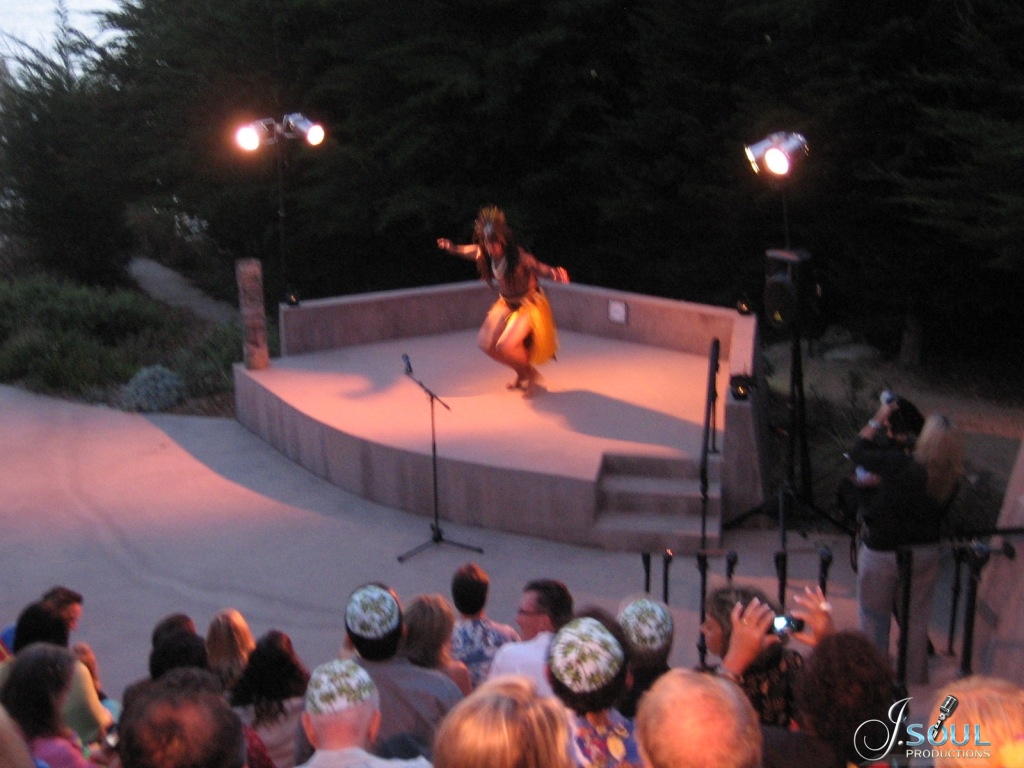 At the conclusion of the show, I instructed all of the guests to stand up and to follow Jeff and Julie in a conga line up the ramp and into the reception area. Once inside, the bride and groom sat down in chairs and I played Hava Nagila as a few strong men lifted them and the rest of the guests danced around them in a circle. The men had no problem keeping Julie up in the air for almost the entire time, but unfortunately the same couldn’t be said for Jeff who almost got thrown out of the chair a few times before eventually being lowered back on to the floor.

And like that, the party was in full swing. I kicked the night off with “I Gotta Feeling” by Black Eyed Peas and went through a range of 70’s, 80’s, 90’s and current hits throughout the rest of the evening. During the dancing, we paused for cake cutting, Jeff and Julie’s first dance to “Unchained Melody” by the Righteous Brothers and Julie’s bouquet toss to “Single Ladies” by Beyonce.

I ended the night by asking Jeff and Julie to stand in the middle of the dance floor and all of their guests to form a circle around them holding hands. I then played a “Hey There Delilah” by Plain White Tee’s which is a very special song to the couple as they slow danced in the middle and the guests all sang along. It was a perfect end to a perfect night and I’m incredibly lucky to have been included in their wonderful occasion. I wish both Jeff and Julie the best in everything that life brings them. Mahalo and Mazel Tov, Jeff and Julie! 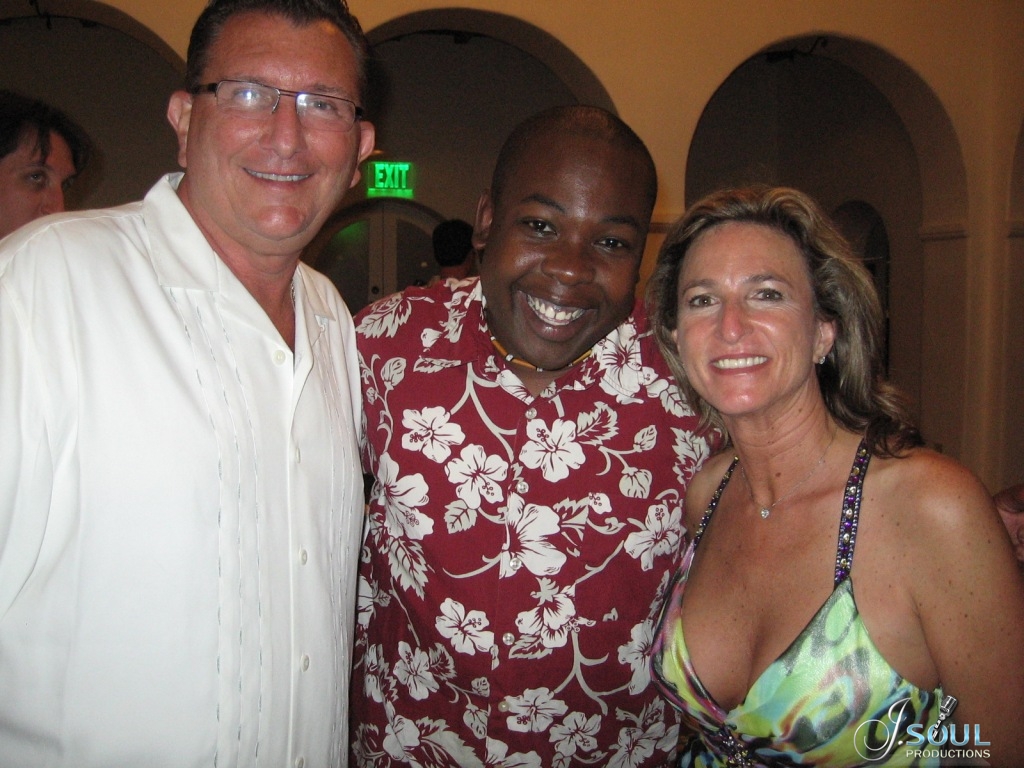 Press PLAY below to see a special video I created for Jeff & Julieâ€™s wedding.

Scroll down to see the wonderful feedback from Jeff & Julie and their friends and family.